For the film’s 15-year-old protagonist, illegal work in the chromium mines represents a turning point in his life that helps him to leave childhood behind and stand on the threshold of adulthood. A quiet boy, he lives in a small house on the edge of town with his younger brother and his deaf-mute mother. They are not bad off, but they have little money to spare. For the boy, the chance for extra income, though illegal and physically challenging, represents a path towards seeming independence, but he doesn’t realize that the consequences of his decisions will influence his entire family. The only one he trusts is an attractive young math teacher whose similarly rebellious nature enables her to empathize with him. Perhaps she can help him realize that his rebellion won’t take him where he wants to go. In his second film, Bujar Alimani uses long and carefully composed shots to present a story in which body language and the characters’ internal experiences are more important than what is said. The film’s meditative mood emphasizes the director’s insight into the rarely easy process of growing up. 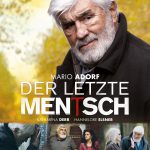 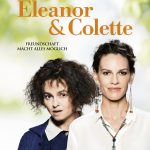